When Kaitlyn was first diagnosed with retinitis pigmentosa, a condition that causes gradual loss of vision, in 2013, her doctors told her several difficult things. The first was that she could no longer drive.

“The one thing that broke my heart when I initially got my diagnosis is that my doctor immediately took away my driver's license,” said Kaitlyn, a digital marketing analyst. “One of the first things that came to my head was how am I going to get milkshakes at two o'clock in the morning?”

The other thing they told her is that she would never be able to live her dream of serving in the Peace Corps.

“I did it anyway,” explained Kaitlyn, who served for three years as a Peace Corps volunteer in rural Panama, a place where she was easily able to get around from point A to point B without a car.

She also met the love of her life: the woman who would become her wife, MaFe, who was living in Panama at the time. To MaFe, what stood out about Kaitlyn was her determination, not the fact that she was blind.

“Kaitlyn told me in the beginning of our conversations that she had a visual disability, and I just kind of was like, ‘Okay’... I didn't really think about it too much,” MaFe said. “It's just a part of her, you know?”

After Kaitlyn finished her service in Panama, she moved back to the US and lived with her parents in a small, car-dependent community. For Kaitlyn, whose strong sense of independence inspired her to live and volunteer abroad, moving back to a place where she could no longer get around independently was difficult.

“Those kinds of things really make me rely on other people, which is so innately different from how I would prefer to live my life as an independent person,” Kaitlyn said, adding that she needs to live somewhere with access to public transit and ride services. “It definitely limits the amount of places where I can live.”

Now Kaitlyn feels that – especially with innovations like assistive technology for the blind – she can do almost anything everyone else can do… except drive.

“I wake up, I have my job, I can answer emails, I can cook, I can clean, I can do everything for myself. And so the only thing that I can not do by law is drive a car.”

She and her wife would like to start a family soon, and Kaitlyn worries about how not being able to drive will affect her ability to share parenting responsibilities.

“I feel 100% confident in my ability to care for a child, however, when it comes to mobility, that scares me,” Kaitlyn said.

Kaitlyn said that, without being able to drive, she doesn’t really know how she would be able to independently drop her child off at school or soccer practice or take them back-to-school shopping.

“Are all of these going to be tasks that are 100% put on my wife for the rest of our lives?” Kaitlyn wondered. “I don't know, but mobility is so important to living a full and equal life, especially in a relationship.”

Kaitlyn believes that fully autonomous driving technology like Waymo’s, which safely handles all the tasks of driving letting humans remain passengers, could be a game-changer for her. Waymo operates a fully autonomous ride-hailing service in the Phoenix East Valley.

“If an autonomous vehicle were able to drive me where I need to go, that has the potential to 100% change my life immediately,” Kaitlyn said. “And not just my life, but the life of my family and my future family to come and everything in between.”

Her wife, MaFe, agrees that autonomous driving technology would be a game-changer for them as a couple.

“I think that it will definitely help a lot because it means that if I am sick, or if I am just busy with other things, we can actually split the errands or she can pick up the kids, or just do things that people don't really think about,” MaFe said.

Kaitlyn said she understands that some people have doubts about autonomous driving technology, but she encourages people to think about how it could add a new level of freedom and independence for people with visual disabilities, older people who can no longer drive, and everyone else.

“I just want to go and scream from the rooftops to try to get people to understand how incredible this technology is and how important it is and how much it could change people's lives, especially people with visual disabilities.”

Join us in the most important conversations about how autonomous driving technology may shape the future of safety, mobility, community, and society.

Dr. Rory Cooper remembers when the idea of autonomous vehicles first crossed his radar. It was 1994. Engineers were exploring how innovations like intelligent highways and lane-following technology could make roadways and vehicles safer. Cooper, an engineer, had just founded the Human Engineering Research Laboratories (HERL) at the University of Pittsburgh to research ways to increase mobility for people with disabilities. 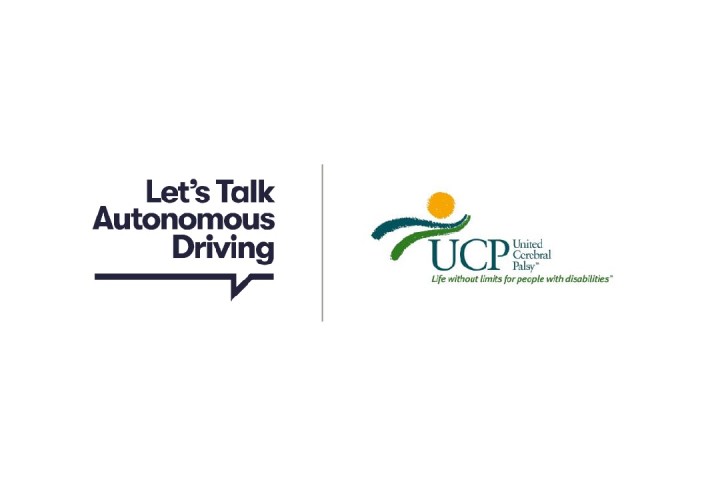